Hey guys I have a question about magic, materials and spell focuses. If a spell cost material to cast, but I have spell focus with my instrument, does that negate the material cost? I've been reading the spell focus thing and I recall somethign from that. This is my first magic using class, so I'd like to make sure
Posted by KiwiGM at 3:03 PM 3 comments:

And so the group edge closer to their ultimate goal..Lilith!

Posted by KiwiGM at 4:58 PM No comments:

Wow that was fun down in the sewers the smell was not nice but hey who cares we saved the child killed some heretic worshippers and even managed to capture the ones that did not drown in the sewers.

Wow that was fun down in the sewers the smell was not nice but hey who cares we saved the child killed some heretic worshippers and even managed to capture the ones that did not drown in the sewers.

The townspeople were very thankful and offered to train and give us some basic supply for the rescue, The guard also said we could even keep the gear of the heretics it was a win win situation..... I wonder if there are any bandits around that we could hunt?
Posted by KiwiGM at 6:28 PM 1 comment:

The child's family are happy and together and the town offered us a reward. Most grateful. It may aid me to visit my old village soon.

I did not enjoy the stink of sewer though. Hung on me for days, even after scrubbing with the soapthistle Mon found.

I am content now, resting here at Mons, talking to the stray dogs that come for scraps...... (not that Mon knows I find what I can for them)
Posted by KiwiGM at 1:09 PM No comments:

Super Awesome Adventure Log!
Wow I feel like a real adventurer now! Where to begin?!
So the day started all normal and fine, got to the tavern in the afternoon, and I really rocked the house! During the performance however, Jerrick shouted something about a child gone missing, and Mon went over to the table and dragged Jerick to the wine cellar. I dunno what happened there, but Jerrick comes back out and he starts rousing people to follow him. I knew I smelt adventure! I followed him off to the house of the missing child and Jerrick was talking to the father about possible theft + kidnapping. Thokk made a really bad joke, it hurt my ears. And the Jerrick hit him! Damn men and their testosterone. Helja on the other hand was talking about some penticles, that girl's one string short of a lute.. anyways, Jerrick started picking around with front door lock, checking for scratch marks and stuff, he couldn't find anything so he asked me to have a look, I saw knife marks, but for some reason I was compelled to not tell him they were there. So strange!
Anywho~ The boys went out back to look for tracks, whilst we stayed inside. During the convo though Thokk said to the parents of the child that they deserved to lose thier child! So rude! I promptly slapped him! Such a jerk >:( We ended leaving out into the back alley, and Jerrick was staring at a sewer, they wanted to go in, but apparently humans cant see in the dark, hmph that's something I dont envy about them. We went back to my place to grab some torches off dad, and we returned to the sewer. A man named Sven, son of Sven joined us. Apparently he heard the rousing rabble speech in the tavern that Jerrick created, we all climbed into the sewers. We made some good progress, Valasca leading the way, until we rounded a corner and some goddamned rats attacked us. They got some good bites in but I noticed they were just trying to run past, so I stepped to the side. We needed to rest after that. We rounded some more corners after the rest and encountered a long corridor. Nobody saw the light at the end of the hallway except for me, but I managed to tell them to stop in time and extinguish thier lights. Suddenly Thokk runs across the ledge to get into a better position, and falls into the water and bumped into Sven and alerted two men to our presence! Clumsy oaf! The two men came wading thier way down the tunnel and I recognized them as two of the men I saw the other day! I knew they were up to no good! We took them out pretty easy, even though another came around the corner. Helja took him out, damn that lady is strong! Anyway Thokk ran around the corner and got knocked out by another man! I looked down the corridor and apparently people were casting some dark ritual that involved 'sacrificing' the child! Filthy swines! Helja passed back Thokk to me and I managed to stabilise him. Thank Gaia. The others managed to defeat the evil guys, and we took everyone back. Jerrick and I went to the parents house, and they were ecstatic to have their child return to them! I went home afterwards and mum grounded me! I saved a child's life and she grounded me! The bitch. sigh well I guess I'll have to sneak out again. I dont feel like I did much. All I really did was save Thokks life, and even then, someone else probably could have. sigh I wish I could learn how to focus these magical tunes. Now I think on it, we never did find that damned cat.

33rd Hisun Torsdey
Had a rest today. Mum scrubbed me til I was raw, but we got that sewer smell off of me. Even dad looked unhappy about me going into the sewers without proper protection. Man, did I screw up?

Today the townsfolk rewarded us for saving the child! Apparently word got around of my friends' brave exploits, I feel happy for them. I dont think I really did much, I felt more like a burden. A man came to me however and offered to teach me how to focus my spells, in place of my father. He was from the College of Lore. Maybe now I can become a real adventurer!
I still feel really awkward around the others, I cant help but feel I'm still a burden, they all have such...lack of care for hurting things. I dont really fit in.
Posted by KiwiGM at 10:51 PM 3 comments:

Its gonna leave a mark! The group conclude the little adventure, this is the last we will see of Stanis and his player Shona for a wee while as she moves over to the Barra game.  Its been great!

And the group head off for a shorter adventure...

Traveller:Stardust 2.16 Getting to Akorom; getting there is only half the fun

Posted by KiwiGM at 9:59 PM No comments:

Seems the group are in a spot of trouble - no surprises there!

Posted by KiwiGM at 9:58 PM No comments:

Set back where the whole Barra story started, on the island of Skagin, this time the group a a small and of pre adventurers in the settlement of Gomel.  Here's to adventure!

Two: Down, Down Dank and Dark

When it hits the fan

Posted by KiwiGM at 9:56 PM No comments:

Welcoming a New set of adventures: The MARVELS AGE Book one: The Hongshan Jade Chptr 1, 2 and 3

Welcome Adventure lovers.   The story starts with two new heroes , Black Lightning and Deadpan, two men from the mid thirties, pulp noir heroes where misdirection, a good swift punch and some good ole fashioned Chutzpah will save the day!

Posted by KiwiGM at 9:51 PM No comments:

Well it turns out that not only was some animals that went missing but some child has been taken as well, Hopefully we find that child before he gets sold or something.

Well it turns out that not only was some animals that went missing but some child has been taken as well, Hopefully we find that child before he gets sold or something.
The tracks around where the child was indicates a travelling boot of someone of medium to heavy build and it led out the back of the building which we got kicked out of after Thokk insulted the parents, the tracks lead down into the sewers.... Great.
Rats I mean literally, Rats a whole god damn swarm of them came running round the corner scrambling over our feet biting as they went, must remember to keep a eye on the tiny scratch I got as rats aren't very clean especially ones that live in the sewers. Ah looks like we are heading off again after our rest lets see if we can find where these tracks lead....
Posted by KiwiGM at 6:59 PM No comments:

Hey guys, quick question, do you guys have any goals you're willing to share with the rest of us? I'm bored, and curious.
Posted by KiwiGM at 2:24 PM 3 comments:

And here is Skye's father, the famous Shek Hong bard, Cheng Wo.

And here is Skye's father, the famous Shek Hong bard, Cheng Wo.
Cheng Wo is renowned most of all for his previous adventures into incredibly dangerous waters, where he is fabled to have fought off the kraken, not once, but twice.
Posted by KiwiGM at 9:47 PM No comments:

I finally got around to it, I should probably post this once we hit level 1 so I can get some xp for it ( LOL ) but oh well, I'll live.

I finally got around to it, I should probably post this once we hit level 1 so I can get some xp for it ( LOL ) but oh well, I'll live.
Here is Skye's Mother, Sairah (sa-ee-rah) Leafsong.
Sairah Leafsong used to be a noblewoman, until she eloped with Cheng Wo, and now she is as unwelcome in her ancestors home, as much as a human is.
Posted by KiwiGM at 9:45 PM No comments:

Our groups new motto?
Posted by KiwiGM at 7:57 PM 3 comments:

And the sort of barbarian Steve would like? LOL

And the sort of barbarian Steve would like? LOL
Posted by KiwiGM at 9:17 PM 3 comments:

Helja is thinking Valasca, maybe she can look after herself more than she thought. But Skye ............ she is hægr, needs watching (especially if she does not even get feet wet).

Maybe if Helja were effluent she would not have to do these things........ 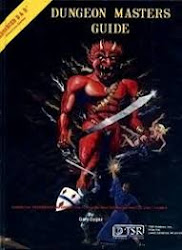